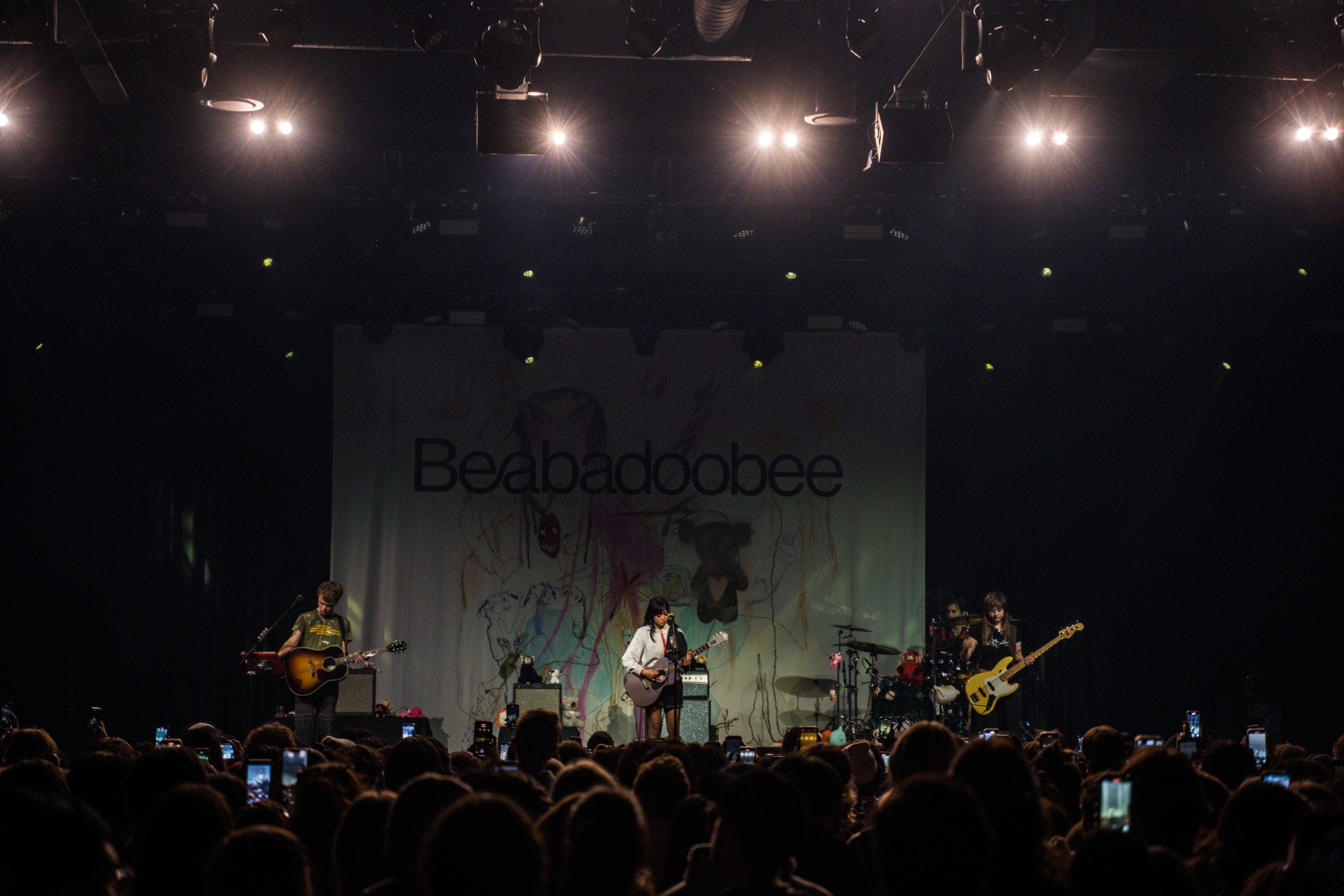 By Kyle McNeilJanuary 2, 2023No Comments

On December the 1st, 2022 indie-rock singer Beabadoobee performed live in Toronto, Canada at the HISTORY concert venue. This show would mark one of only three Canadian tour dates on this current North American tour titled the Beatopia Tour. The singer who is billed as being from London, England was actually born in the Philippians so there were a lot of fans from the Filipino community in attendance at History. I personally have been to a lot of concerts this year at History and I must admit that when Beabadoobee first came out to the stage it might have been the loudest ovation I have heard thus far at this venue. The cheering and screaming from the crowd was deafening to me while I was waiting in the media pit in front of the stage. It was clear that this artist has a very loyal international following through out the world where ever she plays. 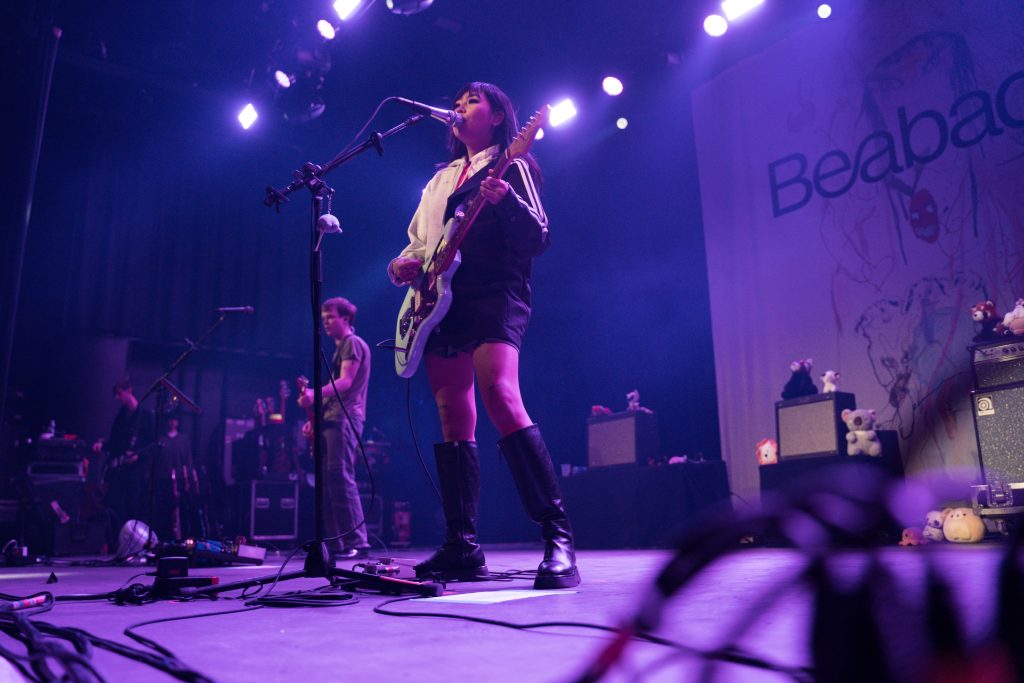 Only four nights after this concert Beabadoobee would make one of her biggest television appearances when she performed on The Tonight Show with Jimmy Fallon. The indie-rock artist has been recently touring for her latest project titled “Beatopia” which was released last 0summer in July. Beabadoobee went on to play a full 17 song set in Toronto all of which was received very well by the fans in attendance. The singer would come back out for a 3 song encore which ultimately concluded with the track “Fairy Song”. We were able to capture a song on video from this concert which was the singer’s hit single from a few years ago titled “She Plays Bass” which saw the crowd do a lot of cheering and jumping towards the end. Check out the video just below via the YouTube link to the Musik Mirage channel.

The Beatopia Tour is scheduled to continue in 2023 with dates scheduled across Europe starting in March. The latest album and many other previous projects are available online now on all major streaming platforms such as Spotify. You can check out Beabadoobee on Instagram @radvxz for future updates and additional photos!