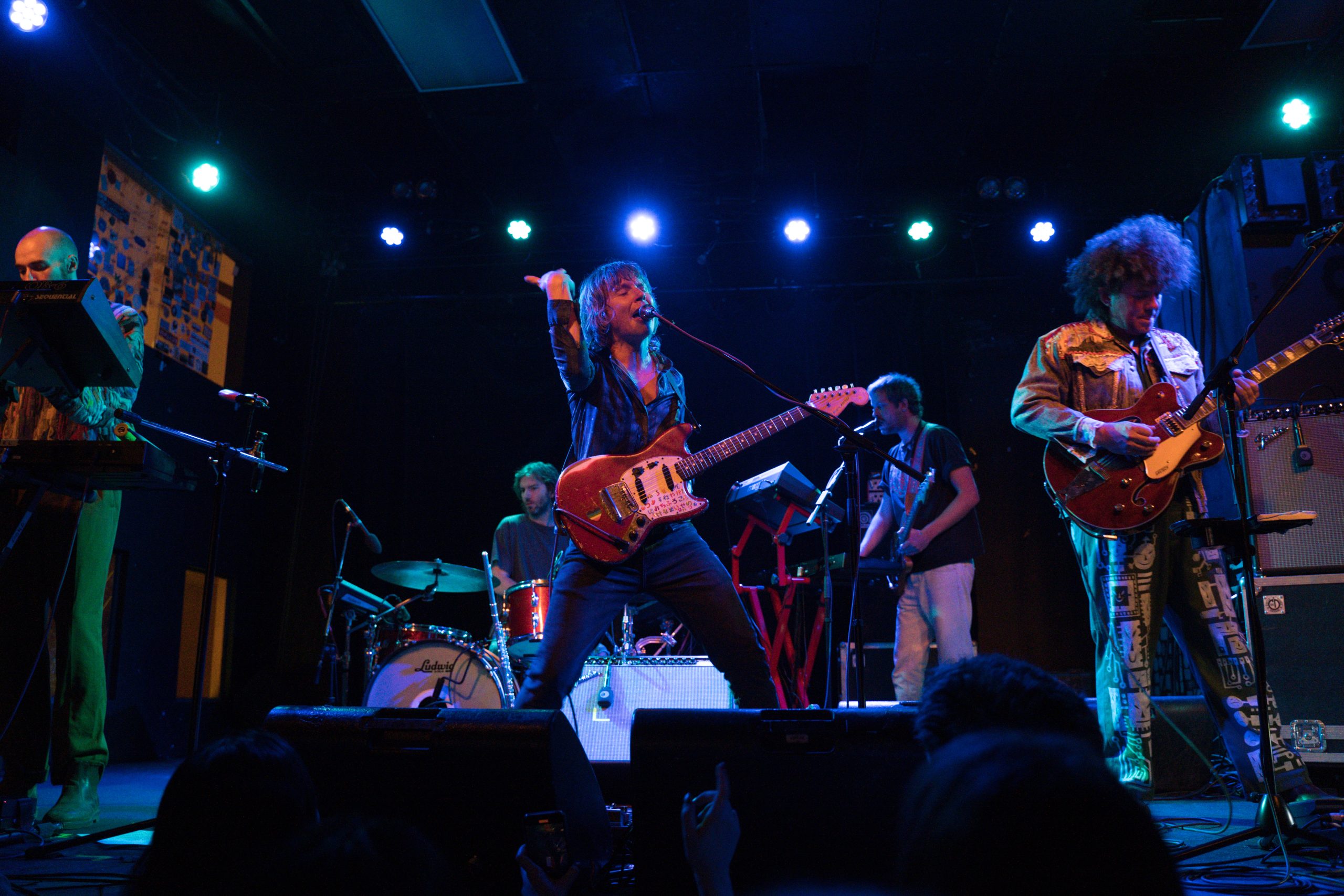 By Kyle McNeilDecember 29, 2022No Comments

Psychedelic rock band POND made their long a waited return to Canada on December the 4th when they played at the historic Lee’s Palace in Toronto. This show was only one of two Canadian concert dates on this most recent North American tour by the band. The other Canadian location being Vancouver, British Columbia in western Canada so I’m sure many POND fans travelled from the surrounding area to get the opportunity to see the Aussie band perform in person. Although POND would play and sell out much larger venues then Lee’s Palace, the venue has been in operation for many decades and has seen performances previously from legendary bands the likes of Nirvana and Oasis when they were just touring internationally for the first time. The venue can now add another big name to their historic list of acts to grace their stage. 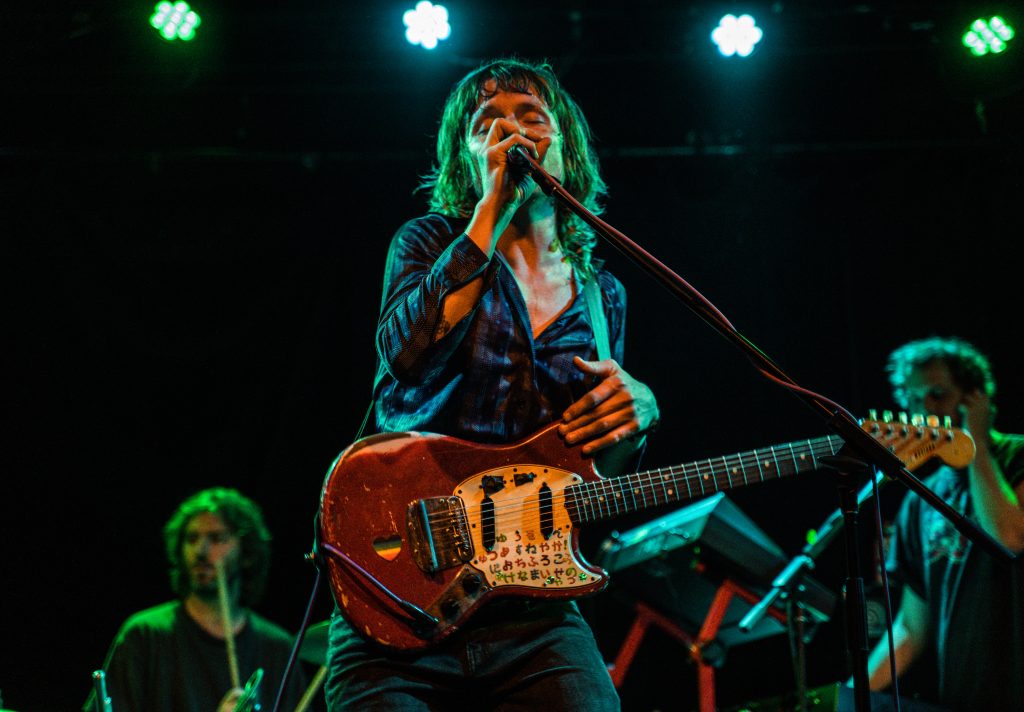 The group would go on to thrill the sold house in Toronto with a full set of music filled with an even mixture of old classics but also a lot of tracks off the latest record titled “9”. Some notable songs performed on this night were “Daisy”, “The Weather”, “Giant Tortoise” and “Sweep Me Off My Feet”. We were lucky enough to record a few video clips of the performances of the classic song “Waiting Around For Grace” and the recent single “America’s Cup” which we have linked in just below in the article. The lead singer of POND Nick Allbrook was up to his usual antics of walking out into the crowd on the railings off to the left and right sides of the stage and also frequently encouraged the audience to dance which they were happy to oblige. There were a few moments of rowdy fans pushing people in an attempt to start a mosh pit but thankfully it didn’t get out of hand at any point. 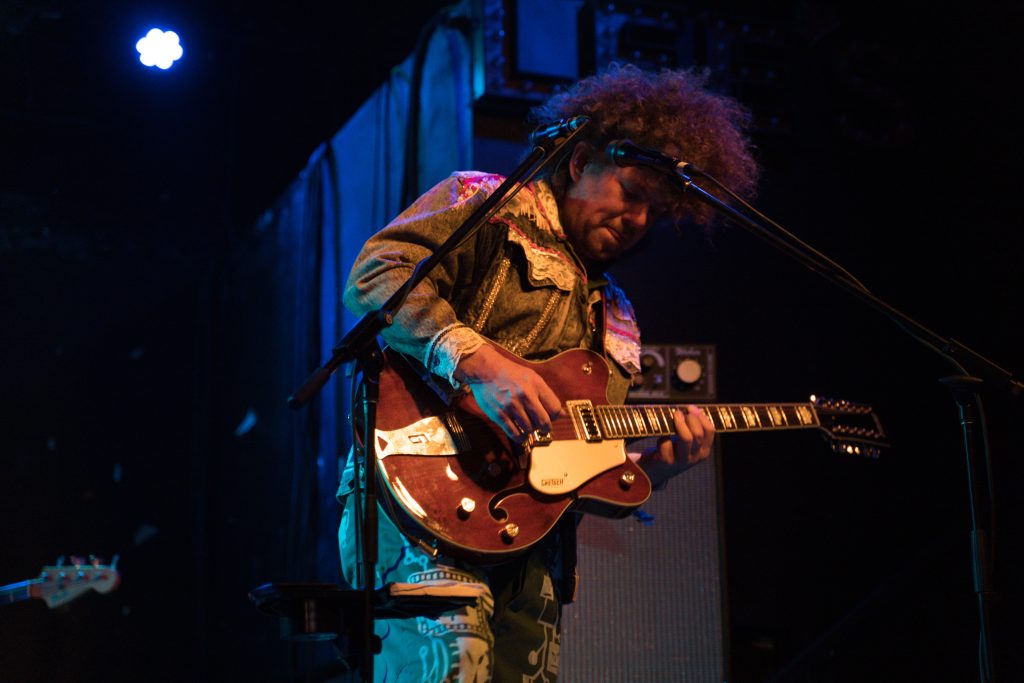 One hilarious moment occurred when a fan through a joint on to the stage during a song which the band then stopped between the next song to identify the fan that threw it which someone promptly put their hand up to admit they had threw it. The group then thanked the person for the offering and spoke about how times have changed so much since they were in school when marijuana was still illegal and outlawed. Most of the concert goers would agree with the sentiment of the freedom to toss weed on to the stage when desired. The performance would be concluded by a two song encore from POND ultimately finishing with “Don’t Stare At The Sun Or You’ll Go Blind”. A few shows after this one the band’s drummer James Ireland was injured and had to return to Australia for medical care. The band would use stand in drummers to finish off the remaining tour dates which finished on December the 18th in Los Angeles, Ca.

The latest album from POND titled “9”  which was released in 2021 is available now on all major steaming platforms including Spotify which we have provided a link to just below. For more information on POND and to see what is in store for the band in 2023, be sure to follow them on Instagram @ponderers.