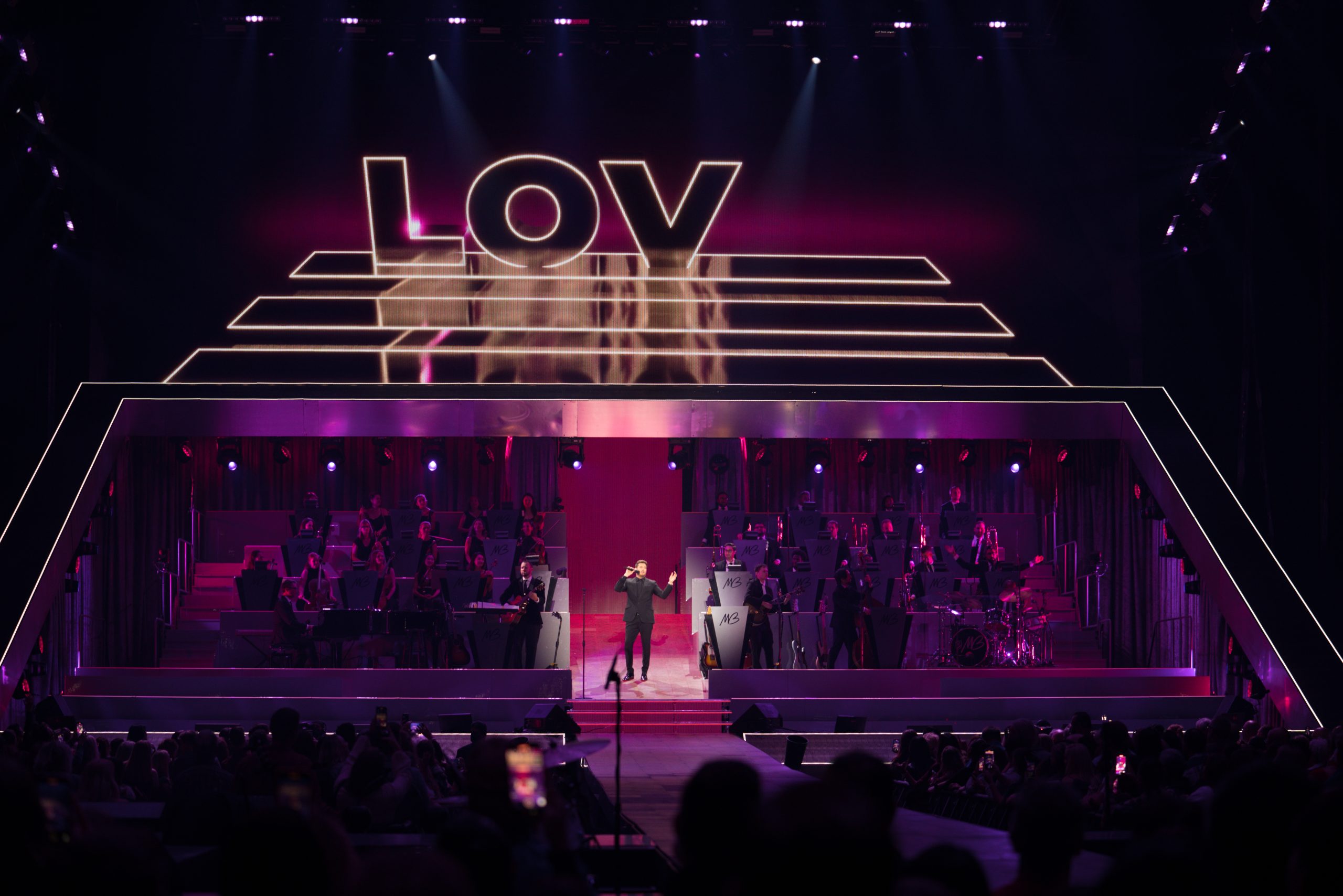 By Kyle McNeilOctober 31, 2022No Comments

Canadian pop star Michael Bublé played his first show in Toronto in many years recently on October 12th, 2022. The concert took place at the ScotiaBank Arena which is seats over 18,000 plus people. The arena normally serves as the home base for NBA team The Toronto Raptors and of course the Toronto Maple Leafs NHL team. I was at the show on this night to cover the occasion for the Corus radio station Energy 95.3 FM as well as Musik Mirage. From the moment I walked into the arena I could feel the excitement in the air as some members of the audience were already dancing to the music over the sound system. It was warm in the venue but also unseasonably warm out side as well for a night in mid October in Canada. The nice weather seemed to help amp up the atmosphere in the building. 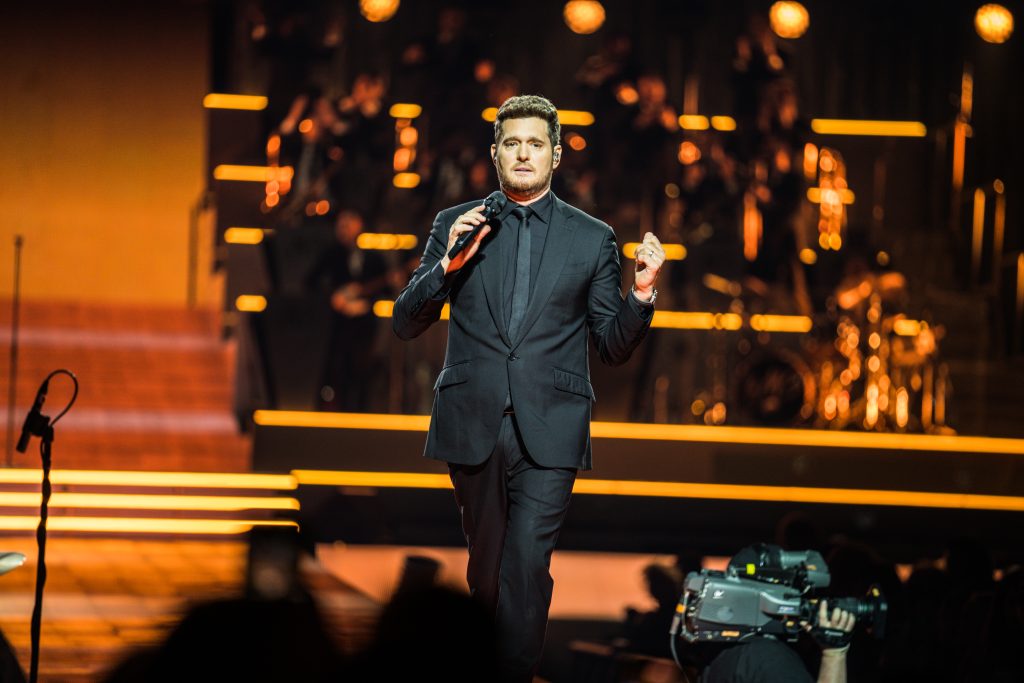 The concert started out with giant curtains blocking the stage with a projection of the empty highway that you will find on a lot of Michael’s promotional material related with the Higher tour. As time ticked away and the show got closer to start time, a video played of the singer walking down the road signifying that he was about to take the stage. The music started with a bang! as the over sized drapes fell to the ground fireworks exploded into the air all while sparks engulfed the singer as he came into view. Michael Bublé came with not only him self but also a full orchestra playing behind him equip with a conductor. I was fortunate enough to speak to Vena Lin briefly who was the violist in the the backing band in Toronto. I asked her about the experience playing the show from the perspective of being on stage in front of the crowd. Vena went on to say:

“This was hands down the best show I have ever played! The entire concert had such great energy. It was a pleasure to play with Michael Bublé and the band, their musical style is one of a kind that suits my musical abilities as a violist.” 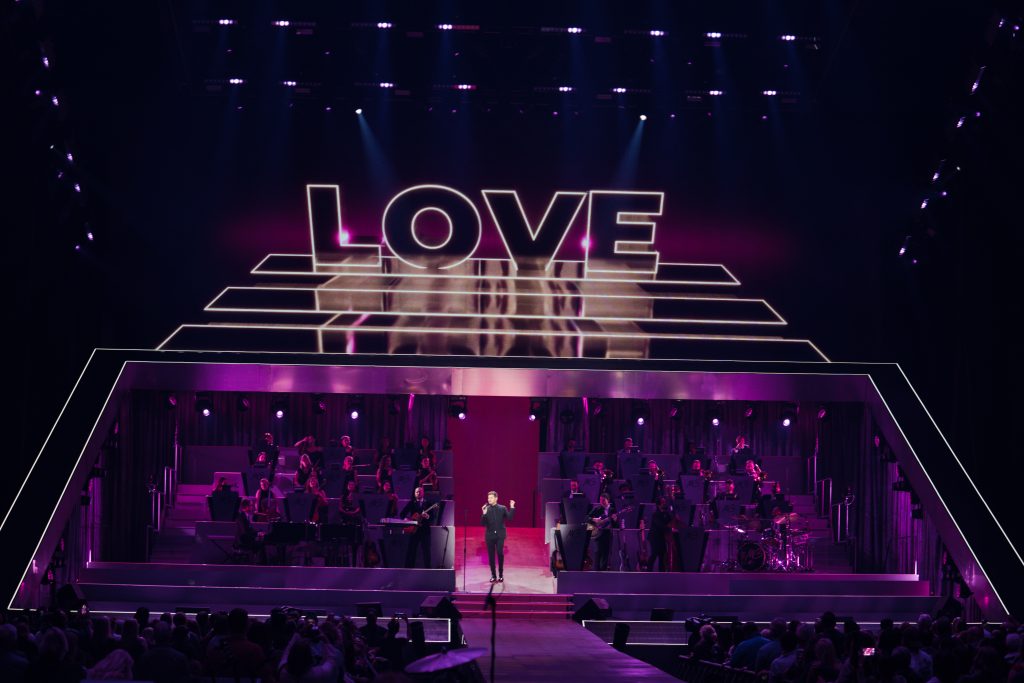 The first song of the night was my personal favourite and the most recognizable from this artist. “Feeling Good” kicked off the set which is actually a cover and was originally done by Anthony Newley. The second track of the night is also arguably one of the artist’s biggest hits which is “Haven’t met you yet” which gave way to him taking a break and talking to the crowd. The stage design was unique and featured a run way painted to look like a highway which connected the main stage to a small platform out in the middle of the floor. A humorous moment occurred during this time when one of the fans close to the stage passed up a cardboard cut out of the singer and asked for an autograph. Michael Bublé being the showman he is would oblige the fan and signed the cut out for and returned it to the owner but not before cracking a few jokes first. 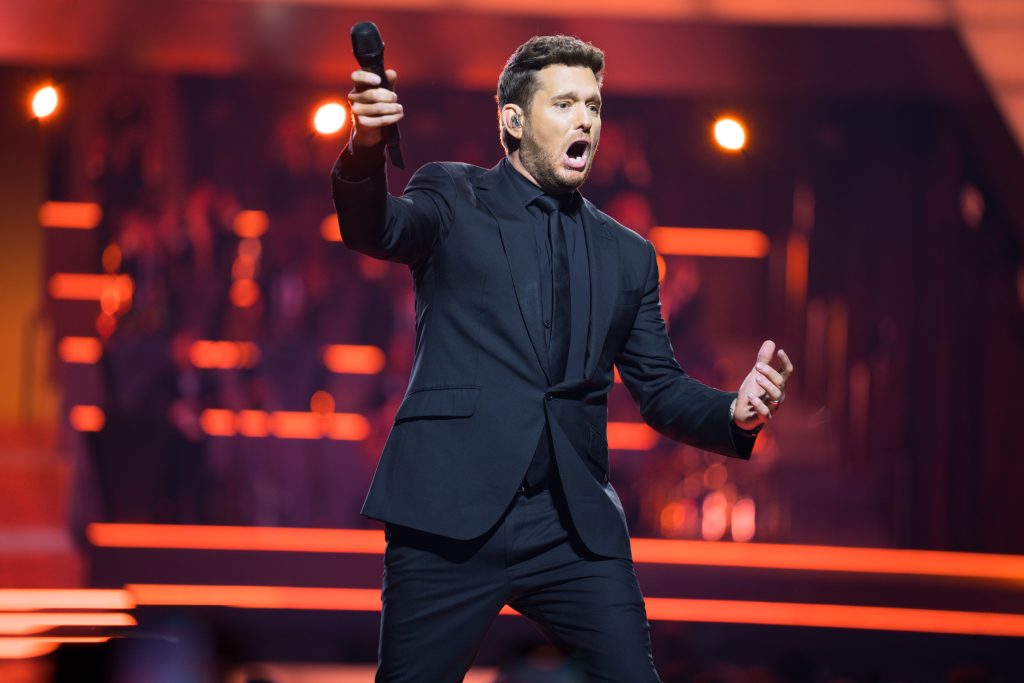 The international star would go on to sing a 20 song set which contained all the hits that his fans in attendance wanted to hear. The performance would conclude with the song “Bring It On Home To Me”.  As most of the people in the crowd expected, Bublé would return to the stage for an encore which would consist of three songs. The biggest talking point of the encore was about the singer dawning a Toronto Maple Leaf jersey to gain some hometown support from the hockey town crowd. Considering the singer is from British Columbia its unlikely that he is a fan of the Maple Leafs but if I had to guess I’d have say hes a Canuks fan with his hometown being so close to Vancouver. He would also wear the local NHL jersey at the two previous shows before the Toronto date which were in Buffalo, NY and Detroit, Michigan. 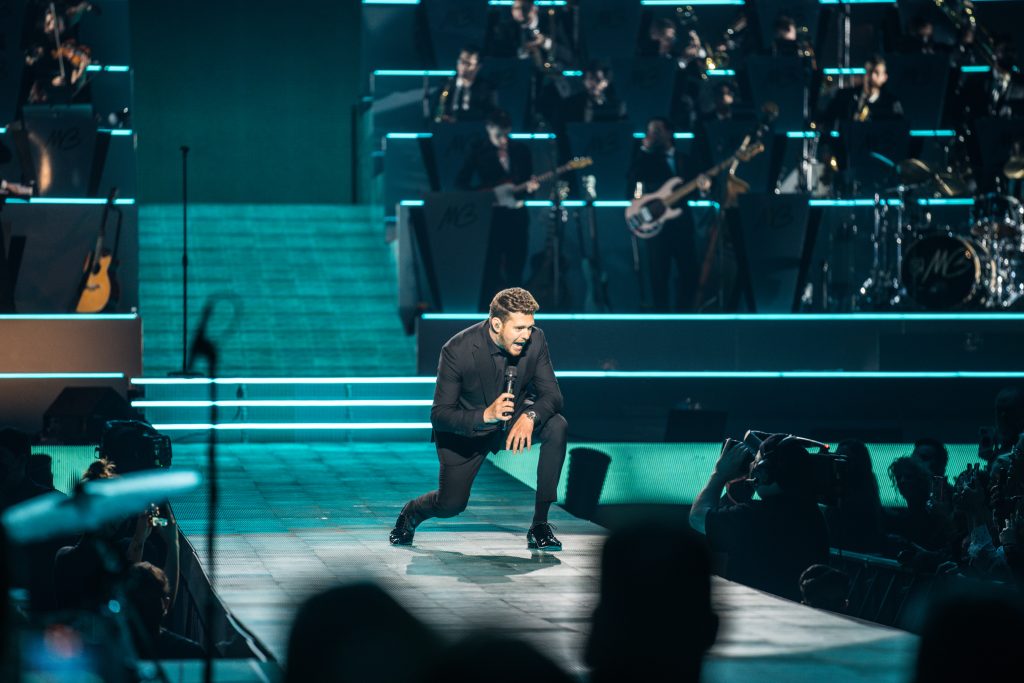 The concert encore ultimately concluded with the song “You were always on my mind” which is also a cover song originally done by Gwen McCrae but most likely you will remember this song from the 1980’s when the Pet Shop Boys released their techno version of the classic. Michael Bublé is one of the those generational talents that comes about once a decade but being Canadian it makes it even more rare that a musician would become a world wide sensation. Michael is in the same category with other Canadian stars like Celine Dion and perhaps Brian Adams who became huge successes in the music business in previous years before him.

Michael Bublé is scheduled to be on an international tour through South America and also Australia to finish the year and at least the first half of 2023 continuing the “Higher Tour” . If he comes to your region be sure to check the show out as it’s an event fitting for all ages. Also, be sure to download his latest album titled “Higher” which came out earlier this year in March which is available now on all streaming platforms. For future updates on the singer and to follow Michael on Instagram click this link to go directly to his page @michaelbuble. Finally, enjoy some additional photos from the concert in Toronto on October the 12th, 2022 at the ScotiaBank Arena. Also, check out the Musik Mirage YouTube page for an exclusive video clip from the concert. Please subscribe! 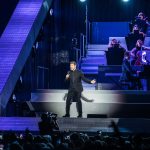 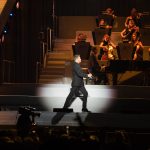 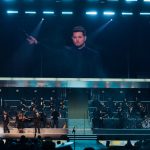 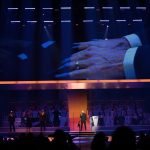 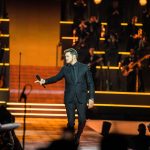 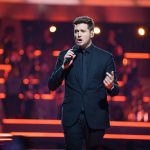 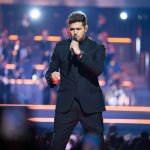 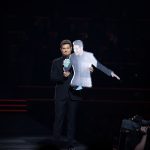 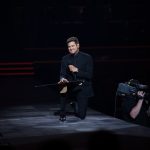 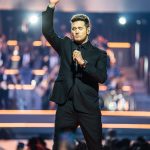 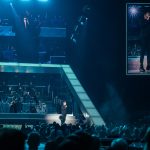 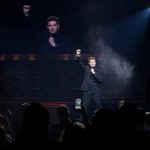