The Lumineers Light the Way with New Album ‘Brightside’

By Michelle SomervilleJanuary 18, 2022No Comments

On Friday January 14th, The Lumineers released their fourth studio album “BRIGHTSIDE” an ode to love, loss and enduring the roller-coaster that is modern life. The highly anticipated album was announced in September, 2021 and is The Lumineers’ first new music in over two years. All nine tracks stay true to The Lumineers’ traditional folk-rock style and explore themes related to what singer-guitarist Wesley Shultz describes as, “a 15-year-old’s fever dream, an American love story in all its glory and heartbreak“. The album was released through Dualtone Records in the US and through Toronto’s own Dine Alone Records in Canada. 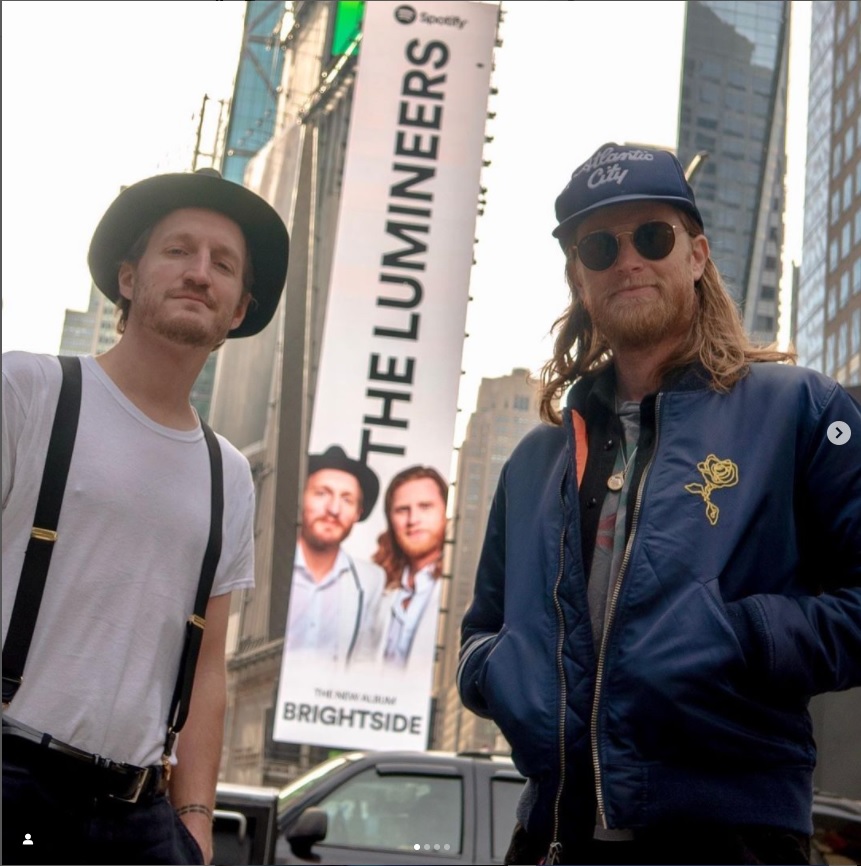 The Lumineers, which are an American folk-rock duo based out of Denver, Colorado whose members include lead vocalist and guitarist Wesley Schultz and percussionist Jeremiah Fraites on drums and piano. Both Schultz and Fraites were raised in Ramsey, New Jersey and relocated to Denver in 2009 to become full-time musicians. The Lumineers found popularity in 2012 with their self-titled debut album, including the international hit single “Ho Hey”. Their second album, Cleopatra(2016) debuted at No 1 on Billboard 200 and topped the Canadian and UK charts. Four major singles have come from Brightside so far, and the band has created four music videos to go along with it so far. The single Brightside was released upon announcing the album back in September and was followed by Big Shot on October 13, and also A.M. Radio on November 17.

The band continues to impress listeners with their special talent of never writing about the same idea twice it seems. Each song has unique themes, emotions and experiences associated with them all. The songs have this feeling of authenticity that Schultz and Fraites create through writing about true experiences. They use real stories collected from their own life experiences as well as those of friends and family. All of the tracks on Brightside, and the associated videos have a hometown feeling, with very intimate lyrics and very intimate visuals. The title track Brightside details the distance one would travel for love in a beautiful story, reminiscent of the American love story described by Wesley Shultz. The song is melancholic, which is traditional of The Lumineers, and it describes how in the darkest of times, together-in love- we can find the light. The video for this song has a short intro of real people across the US discussing what love means to them. It is passionate and moving, and the rest of the video includes home video-style footage of real people having real experiences. Couples having fun, showing off to each other and embracing etc. 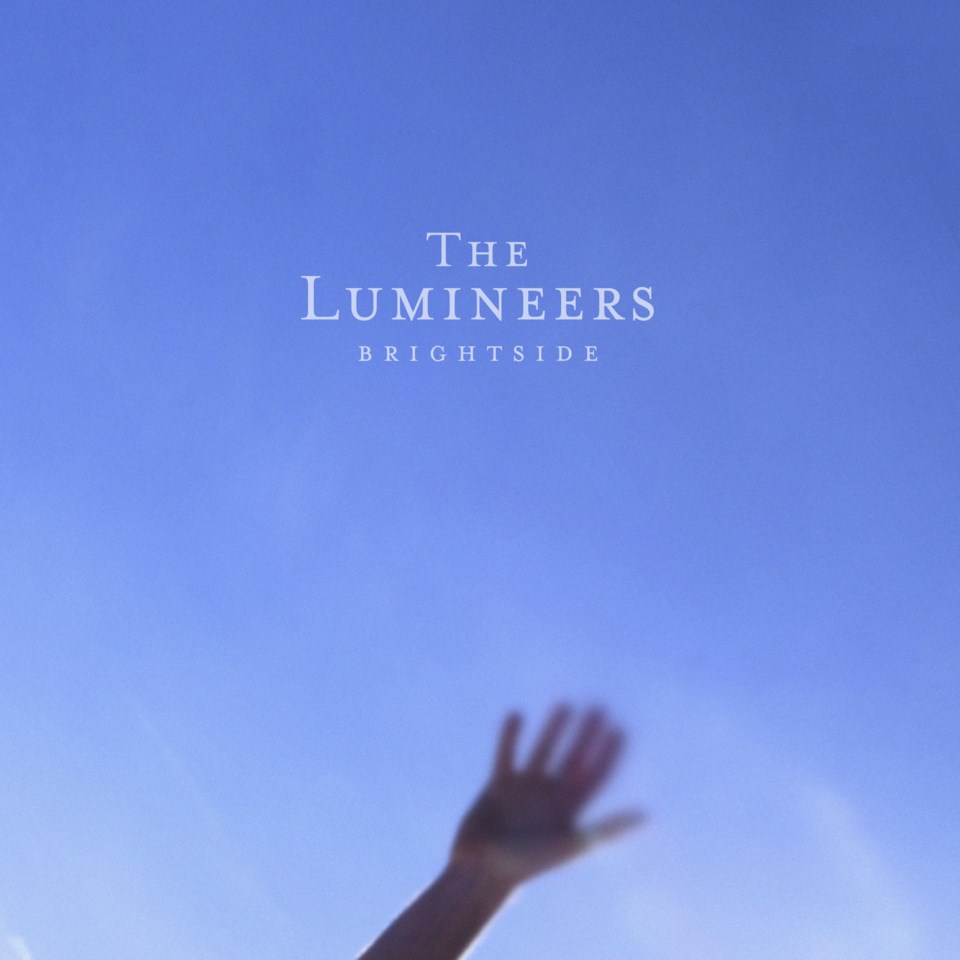 A.M. Radio revisits the classic Lumineers’ call and answer originally introduced in their hit song Ho Hey. This is one of the slower tracks and features beautiful guitar plucking with drums only in the chorus. The lyrics are mysterious and poetic, leaving the interpretation up to the listener. The video for A.M. Radio depicts young people doing what they are good at/passionate about and finding their talents. It shows the importance for young people to pursue their dreams. The third track on the album is titled Where We Are. Piano and soft vocals give strong emotion to this ballad, which is a true story about front man Wesley Schultz and his wife getting in a car accident. The moral of the narrative is that within all the chaos and destruction, if they are together, they will find safety.

Next, the group provides us with the next go-to birthday tune for indie rock lovers. Birthday is one of the more upbeat songs on the album with a happy go lucky vibe. The verse lyrics are open to interpretation but the chorus could certainly be the next viral hit. Big Shot was one of the early release singles for this album. It is another melancholic tune, with a piano and vocal focus- but it provides a unique critique on the entitled behavior of some people in today’s society.  Big Shot describes those people that feel that rules do not apply to them; those who act against the interests of those around them because they feel they are special. The video for this song depicts a day in the life of a convenience store cashier, who deals with the disrespect of his time and property and eventually even has a gun pulled on him in a robbery. 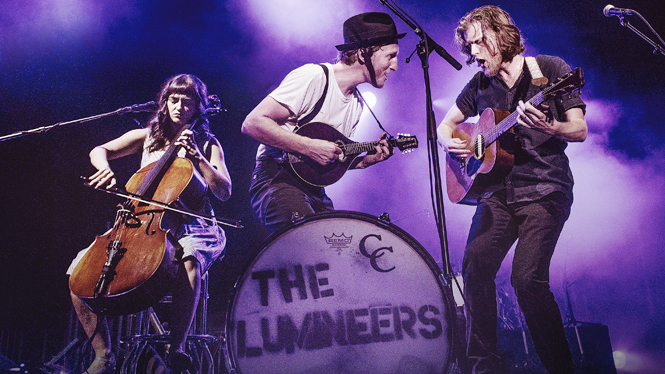 Never Really Mine is a melancholic song about love lost. Through electric guitar and powerful vocals, it expresses that love was not designed for time and often doesn’t last. Rollercoaster is one of the most beautiful compositions on the album with captivating piano at the beginning. It is about the concept of life as a roller-coaster of ups and downs, ever relatable. Remington is a short song with a funky beat and percussion right from the beginning, which is rather unusual from the band but it creates one of the catchiest little tunes on the album. Lastly, the Reprise is also a taste of something new, with bluesy piano and a steady beat the duo presents a different concept from Brightside. More as a life concept as opposed to seeking the bright side with a partner. The lyrics are reminiscent of the title track but melody and feel are totally different, which is a welcome finale for the album. 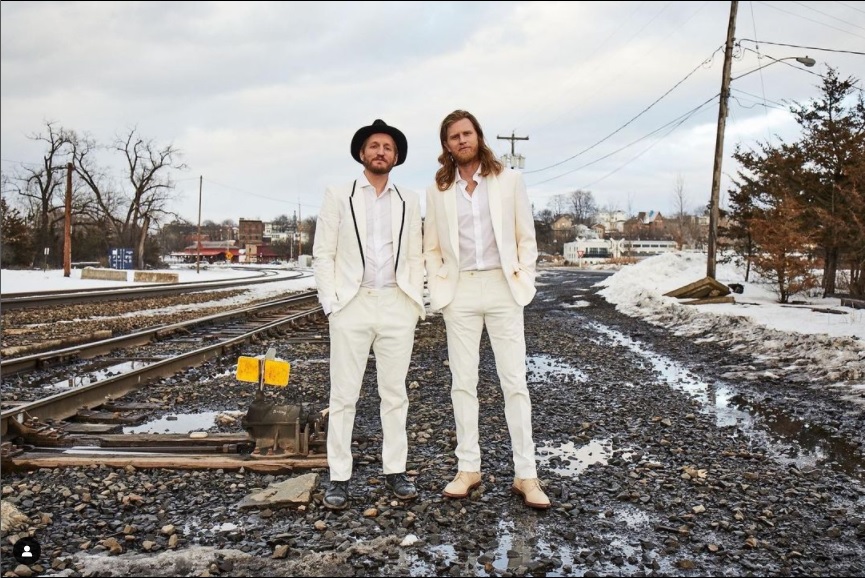 The Lumineers have announced a European tour in 2022 and are currently continuing to promote their new album Brightside across North America. Upon the album’s release last Friday, Spotify Canada posted billboards in downtown Toronto at Yonge & Dundas Square and the band has encouraged fans that are in the area to snap a picture and tag them. You can follow the band on Instagram for @thelumineers for new updates.

You can listen to the full album Brightside on Spotify and watch the latest music video from The Lumineers for the title track “BRIGHTSIDE” on YouTube below: